Public Holidays in the Netherlands

Have you noticed that there are only a few holidays in the Netherlands? Shops and supermarkets are sometimes open on these days. It depends on the area where you live.

In the south of the Netherlands, carnival (carnaval) is celebrated. Though not an official holiday, many people in the south take the week off to celebrate. Schools schedule their spring holiday at the same time.

We would like to highlight Koningsdag, Dodenherdenking and Bevrijdingsdag:

On Koningsdag (King's Day), one of the national holidays in the Netherlands, the Dutch celebrate the King's birthday. Since 2014, it is celebrated in honor of King Willem-Alexander on April 27th. Until 2013, it was called Koninginnedag (Queen’s Day) and took place on April 30th, on the birthday of Queen Juliana. Beatrix, the daughter of Juliana and mother of Willem-Alexander, was born in January but retained the holiday at the end of April.

If the 27th of April falls on a Sunday, the Koningsdag takes place one day earlier. 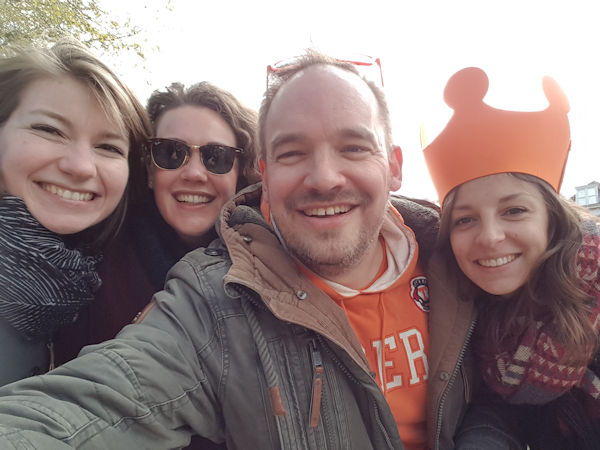 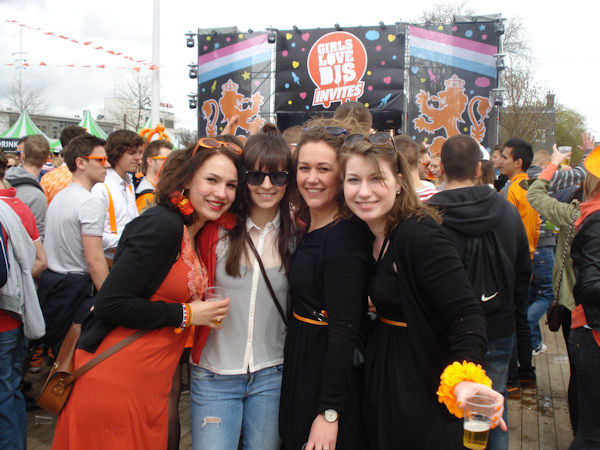 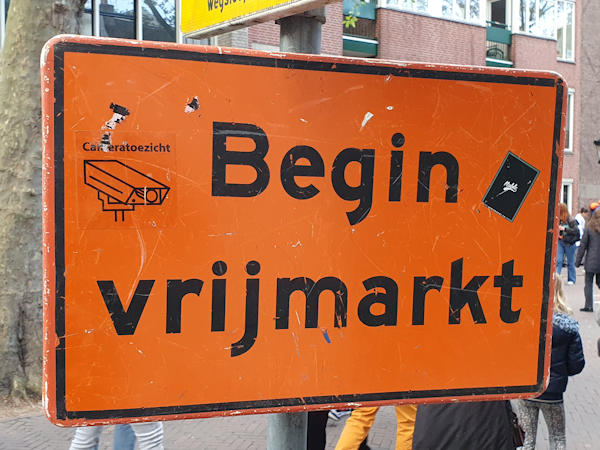 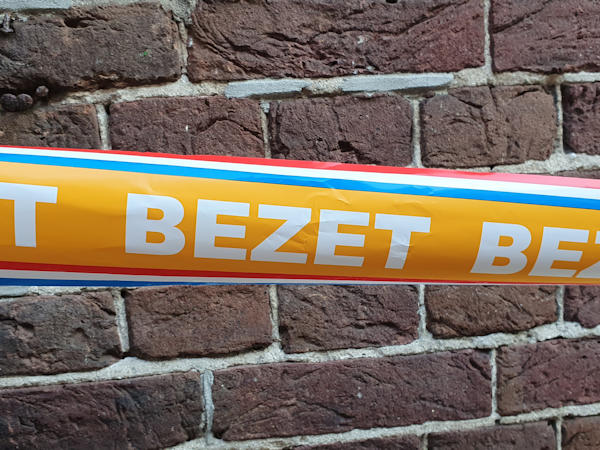 Dutch people dress in orange (color of the Dutch Royal House) and celebrate nationally with parades, folk festivals and concerts. Characteristic are the flea markets, where everyone is allowed to sell their household effects. Koningsdag is one of the biggest festivities in the Netherlands. In some cities, the Koningsnacht (King's Night) is celebrated the night before.

On May 4, 1945, General Admiral Hans-Georg von Friedeburg signed the partial capitulation of the Wehrmacht in northwestern Germany, Denmark and the Netherlands on behalf of the last Reich President Karl Dönitz. Colonel-General Johannes Blaskowitz signed the corresponding regulations for the German troops in the Netherlands, in Wageningen the next day. The 4th and 5th of May are therefore special days for the Netherlands.

On May 4 at 8 pm, two minutes of silence is held nationally. In addition to the national commemoration of the National Monument at the Dam in Amsterdam - organized by the National Committee for 4 and 5 May - memorial service is also organized by local committees.

During the national commemoration we commemorate all Dutch war victims. All - citizens and soldiers - who have died or have been killed in the Kingdom of the Netherlands or elsewhere in the world since the outbreak of World War II in war and peacekeeping missions.

On May 4, the Dutch flag is flown at half-mast from 6:00 pm until sunset in Amsterdam. If a flag stands at half-mast during the national commemoration, the flag is raised to the top after the singing of the national anthem; but she can also stay at half-mast.

On 5 May, the Bevrijdingsdag celebrate the end of the German occupation in the Second World War and the liberation of the former Dutch East Indies. The celebrations are associated with commemorative ceremonies, which are initiated the day before with the National Dodenherdenking.

The Netherlands also honors the great value of freedom, democracy and human rights on 5 May.

During the night of 4th to 5th May, the mayor of Wageningen lights the fire in front of the historic Hotel de Wereld during the ceremony. From there, runners move across the country to spread the fire. It is an important moment for the Netherlands in the transition from the commemoration on 4 May and the celebration of freedom on 5 May. The Liberation Fire officially opens the fourteen liberation festivals.

Liberation festivals take place in 14 cities. Since 1991, the National Committees have appointed Dutch artists to be "Ambassadors of Freedom" on 4 and 5 May and are transported by helicopter from festival to festival.

The Dutch flag is raised on May 5 from sunrise to sunset, without orange pennants. A special pennant is available on Liberation Day, the “Vier Vrijheid” (celebrate freedom) pennant. This pennant is white with the red-blue logo of the torch with the freedom fire and the text "Vier Vrijheid". The flag may also be combined with the provincial flag, the city flag or flags of other countries participating in the liberation. The pennant can also be used on the 15th of August. Then it commemorates the end of World War II in the former Dutch East Indies.

Public holiday and no day off?

There is no law in the Netherlands stating that on certain holidays employees are not on work. Therefore, there is no legal entitlement to a day off on a public holiday. Your collective agreement or employment contract states whether you have to work or you have a day off.

Koningsdag is a paid day off for many people in the Netherlands. If you still have to work, then your work is likely to be remunerated extra. On Liberation Day, which is the official national holiday since 1990, only public service and training institutions have a day off. In many collective bargaining and employment contracts, special regulations are agreed, so that for example every five years the exemption day is a day off.

So it may be that you have to work on public holidays. This may be due to the nature of the business or activity. You are unlikely to work on any holiday of the year as most collective agreements restrict working hours on public holidays. If you do not have a collective agreement, you may have more freedom, but you still have to take into account the limitations of the Working Hours Act.

Rijksoverheid indicates all holidays and offers you some ways to determine if you have a day off or not.

For some years it is discussed whether the liberation day is not generally free of work and is exchanged for example with whit Monday or another church holiday.

When to fly the Dutch flag

The Netherlands has no legal regulation for the use of the national flag. As a citizen, business or organization you can hoist the flag on all days of the year. However, there are rules for the flagging of public buildings. These rules are in the vlaginstructie. It will indicate the special days of the year where flagging is required and explain how this must be done. Citizens, businesses and organizations can follow the instructions as a guideline. This is not mandatory. Dutch people will certainly be happy if you as a foreigner also fly the Dutch flag.